One couldn’t imagine a deeper crisis for promotion of independent films: one that has erased the real world. The festivals being cancelled one after another, and the cinemas wide closed.

Towards the beginning of March everyone felt shacked and stunned. In a matter of a fortnight, the future was paused. How can we think forward? How can we plan the next 24 hours? The next month?

At The Film Agency, we had the chance to have scheduled in this apocalyptic March, a workshop for EFP European Film Promotion (team about digital planning in the future. The future? We were stuck. However we rapidly adapted the original idea of the contents to the current crisis, and decided to work together using design thinking tools to plan the next six difficult months.

We came up with an 8-points action plan allowing EFP to have a central role in this new era of film promotion. We dedicated 8 hours and we used five exercises we would like to share in case they are inspiring for you to do strategic planning in coronavirus times (or any unpredictable futures that may arise).

This exercise allows to draw the industry “solar system” and realize where is our company or institution and what are the existing connections between players. We draw green lines when the digital bridges were already created; and red lines where the connections were only happening in the real world. It showed that EFP has quite a few digital connections already and that those that happened already in the real world, were possible to transform. We had a system where everyone trusted each other already so we could use digital to build up. We could take all those connections as key opportunities. 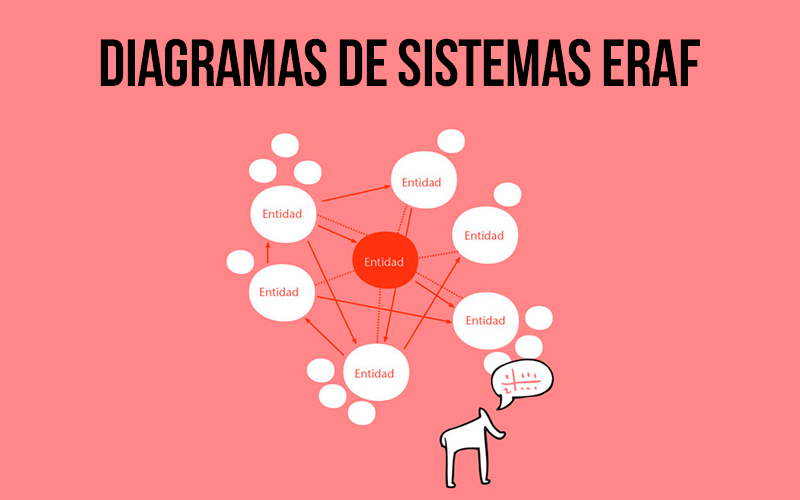 We often use this useful matrix when facing uncertainty (which we do very ofte). By identifying the two more important tensions in a specific stressed or jeopardized system, one can build 4 scenarios and imagine “a future”. In times of COVID-19 there are two main tensions affecting us: PANDEMIA VS SOCIAL ENTERTAINMENT. These were the four scenarios our world could face from now until September. 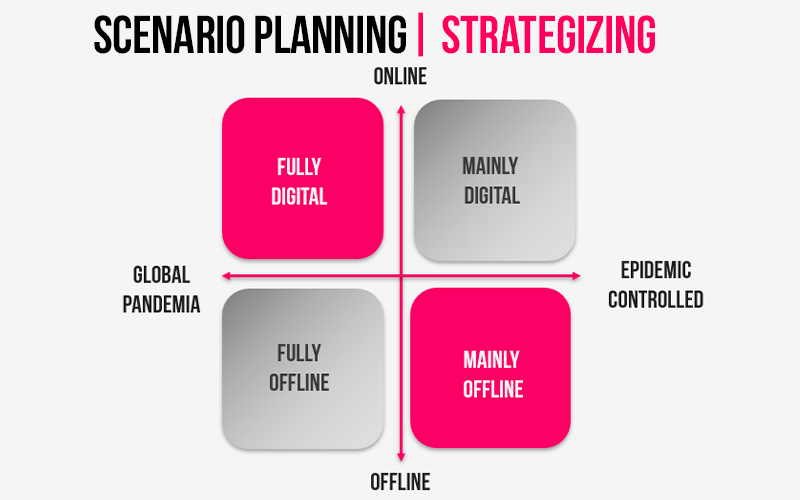 Description: We don’t know what the future will bring, but whatever it is. We will be prepared. It surely will be a mix of these four scenarios and it’s very likely will get through all these stages.

OK, almost none of them look easy, and yet they are all possible. This scenario planning theory suggests that the future will look a lot like the four of them at the same time, at different moments and places. Can we plan a strategy that is compatible with all of this so we can start now before waiting for certainty to be back? We thought ideas and solutions in groups and gathered about 25 ideas in the first batch.

Are the 25 ideas relevant enough for the industry system? Are some of them more important than others? We tested the ideas from 6 different perspectives asking each participant of the workshop of EFP to wear the hat of a different player: sales agents, members, distributors, exhibitors and VOD platforms. 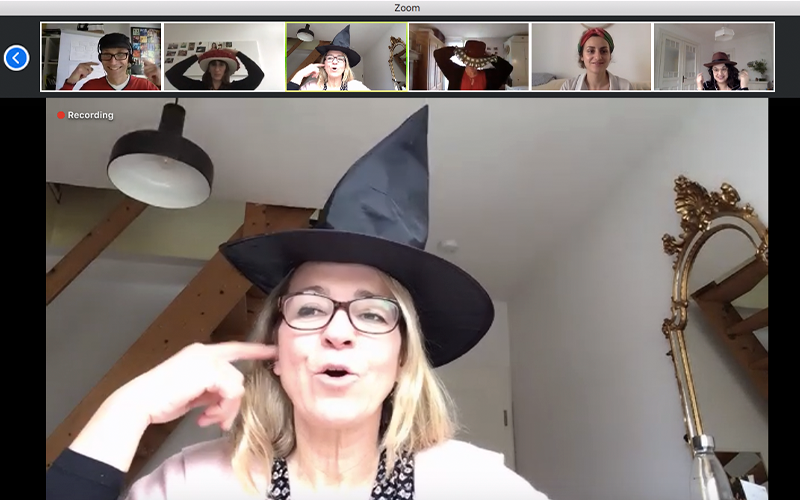 According to the votes of the different “hats”, we ranked the ideas and just kept those with more than 3 thumbs-up from the various industry’s “representatives”. We also discussed and enquired those players that were reticent. Where is the fear to change? You are anyhow out of your comfort zone, if that concept ever existed in this industry…

The final action plan is published by Variety and Screen and now being carried out by EFP accompanying loads of other players in their fields: