We have managed the design of the Cinema from Spain virtual booth during the first Marché du Film Online. We have conceived the architecture, supervised content, and structured the digital booth. Our partners, Binalogue, built the entire web development and technology matching through iFrame. The Cinema from Spain Pavilion won the Best Pavilion Design Award at this year’s Marché du Film.

The Film Agency has also accompanied virtual booths with a parallel solid content and digital campaign: we have created the series Spain Colorful Diversity, which highlights the richness of Spanish Cinematography through Color, we have launched Afterwork Playlists created by Spanish Talents like David Verdaguer, Ingrid García-Jonsson, Natalia de Molina and Mario Casas, and of course, we have given real time visibility of all the events happening in the first Marché du Film Online. 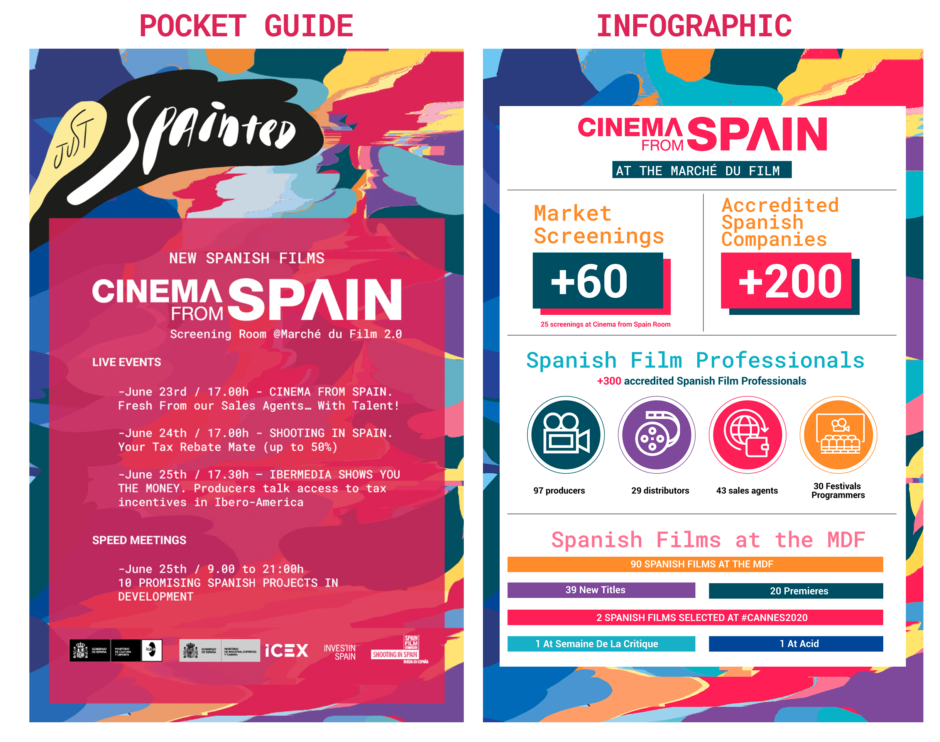 Tip of the day

We have placed cookies on this device to help make this website better. You can change your cookie settings at any time. Otherwise, we’ll assume you're OK to continue.OkRead more