We are handled Film Constellation’s social media strategy at the Venice Film Festival 2016. The newly launched UK-based sales company managed international sales of David Lynch The Art Life – third documentary in a series of cinematic portraits examining Lynch’s early years and multifarious influences. Directed by Jon Nguyen, the film was shot over four years during more than 20 conversations recorded in Lynch’s own home including at his painting studio in the Hollywood hills. The main axe of the social media campaign was a set of top-notch contents that are released exclusively by Premier Comms through key media partners.

An essential creative autobiography for all Lynch fans 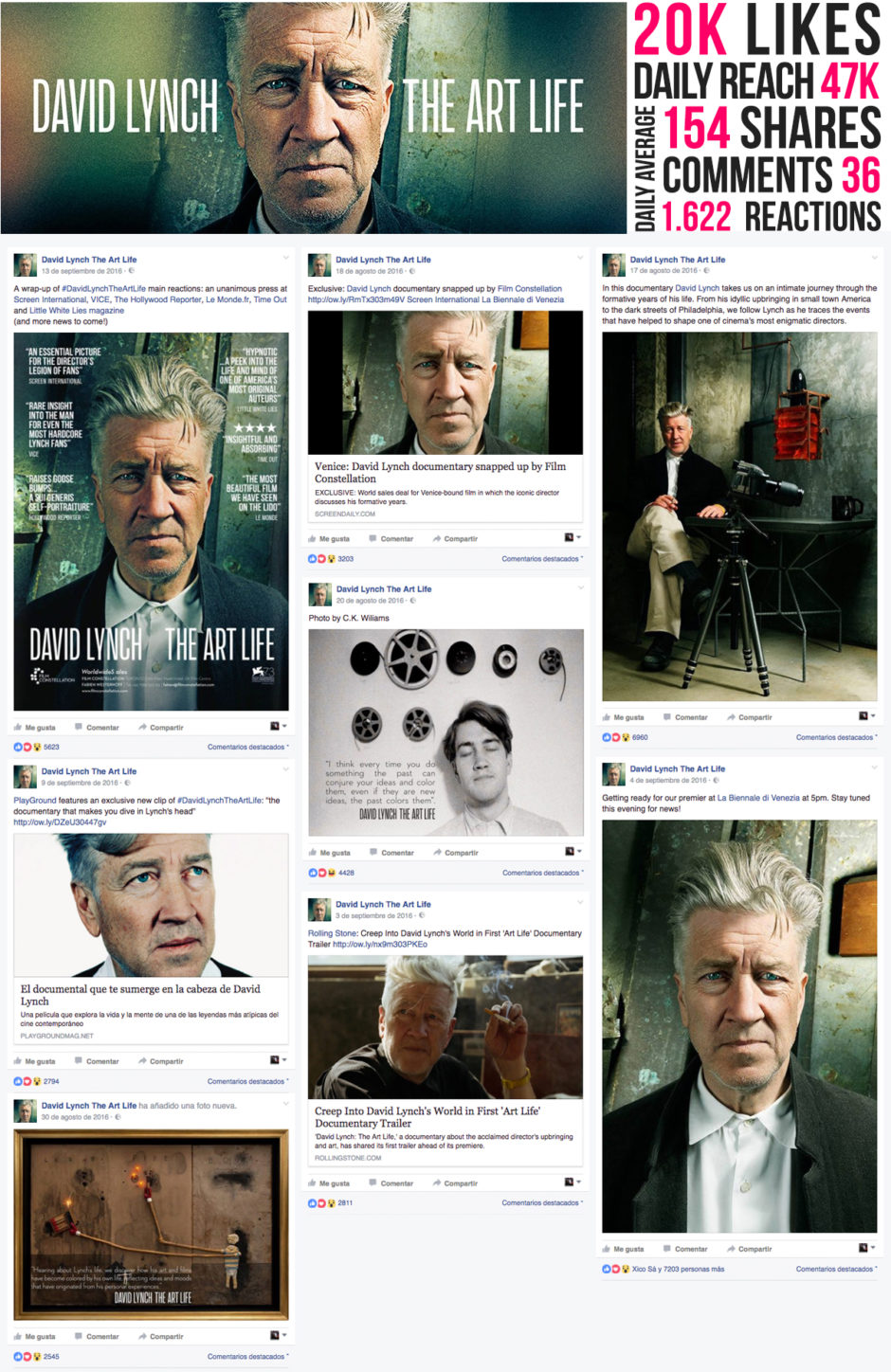