After losing a film job to her nemesis Kristian, Hanna teams up with her sister and counterculture friends, to create a parody romance on Instagram between herself and young actor Ekku.

The Film Agency has developed the overall positioning strategy for F*cking With Nobody along with the Biennale College, an initiative of La Biennale di Venezia to promote new talents in cinema. Following that first collaboration, we continued to accompany the film hand-to-hand with the producers Aamy Film from Finland during Venice Film Festival 2020. We developed the key marketing materials of the film and did a live coverage on their social networks. 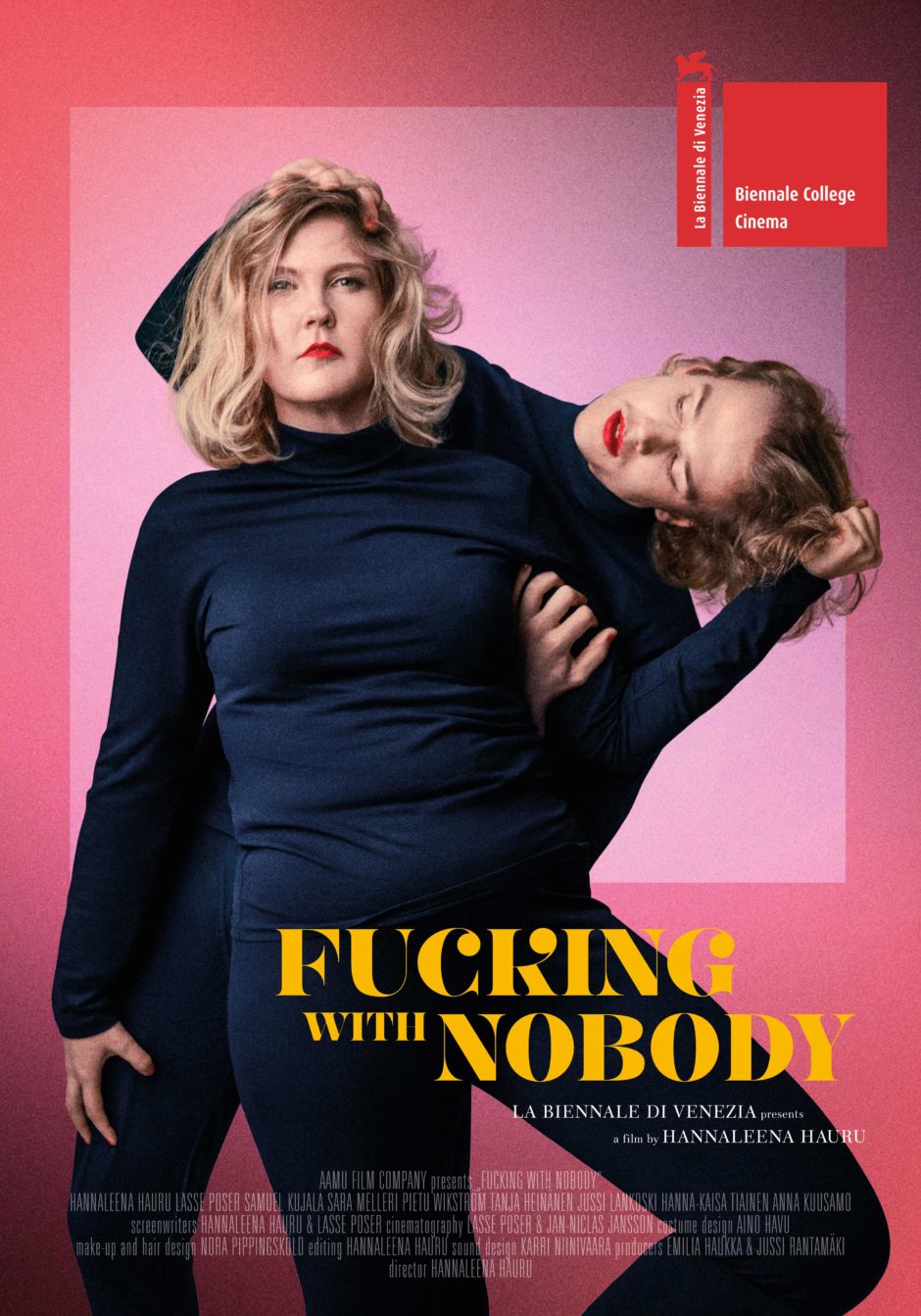 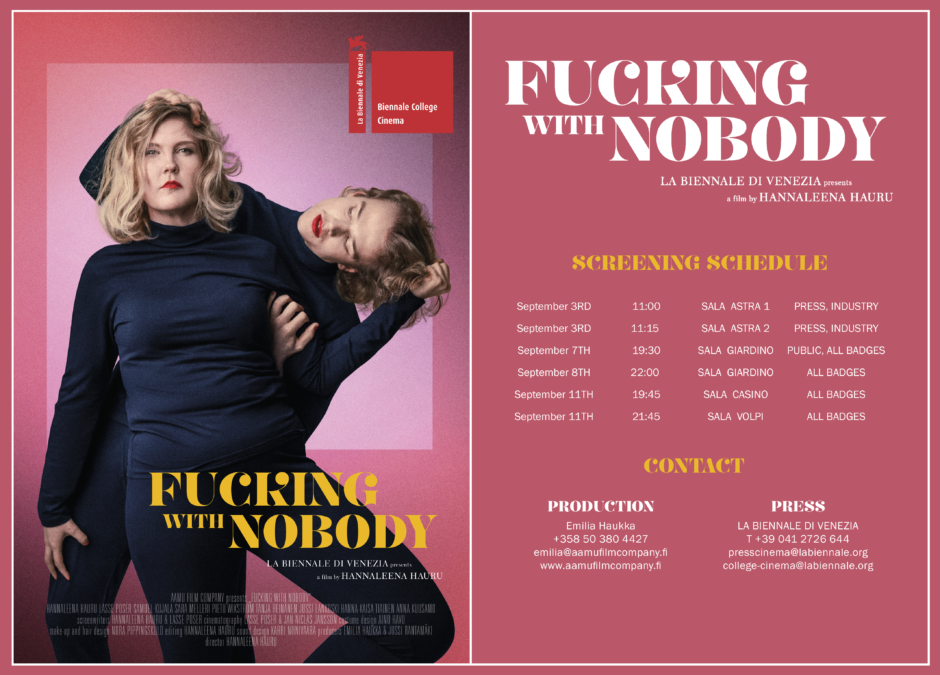