First feature film by German graphic designer and comic-book writer, FINT, Fonotune is a stylized pop experiment that depicts the journey of a bunch of lonely souls in a post-apocalyptic world, united in their desire to attend a concert by an enigmatic star, played by Seiji, a member of the garage punk group Guitar Wolf and Japanese underground hero. The Film Agency handled PR and Social Media for the newly launched production, sales and distribution company, Phantasticas, for its Sitges world Premiere in 2018. 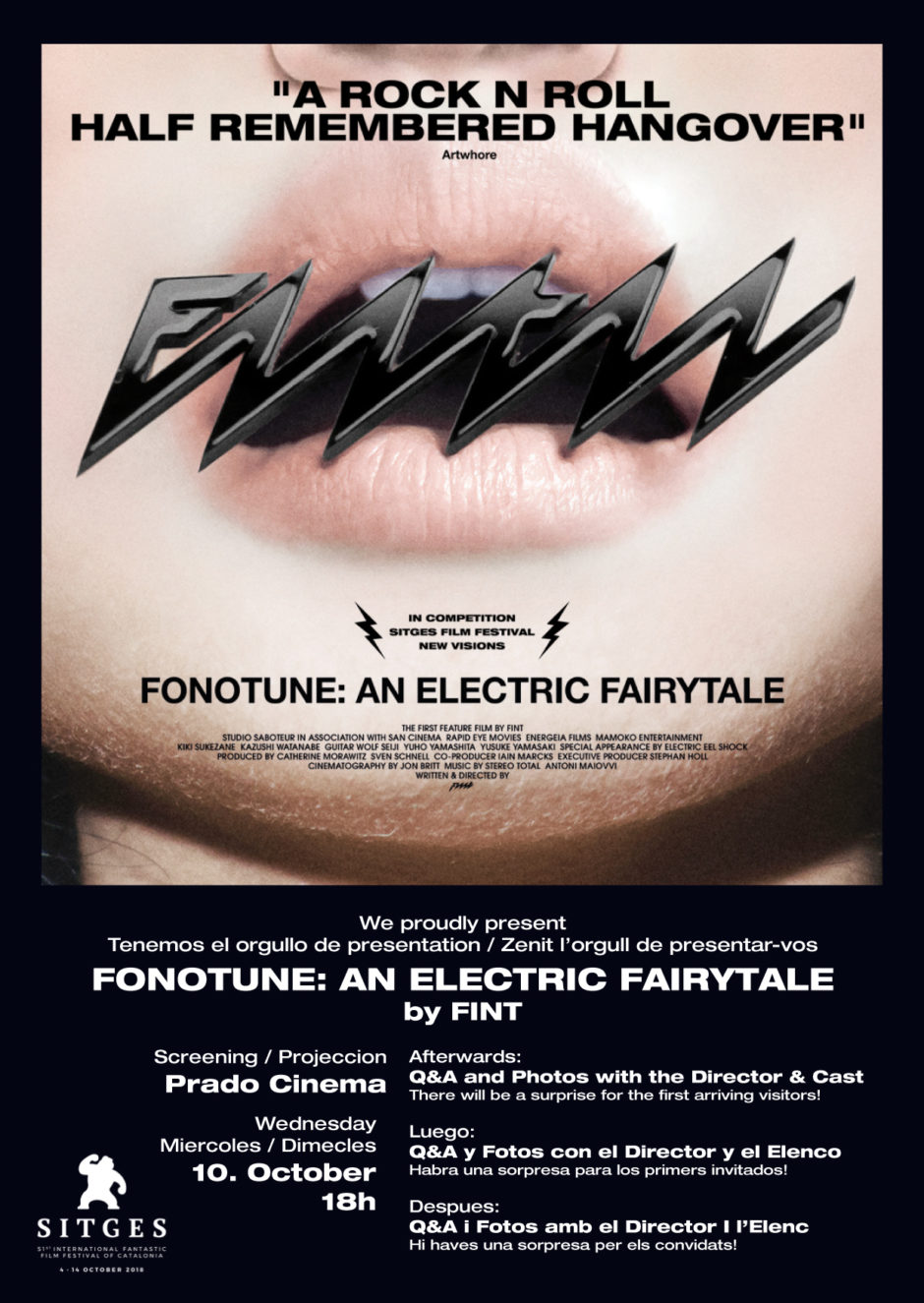 A Song for the end of the world - Fonotune

FONOTUNE - Interview with the cast! #Sitges2018 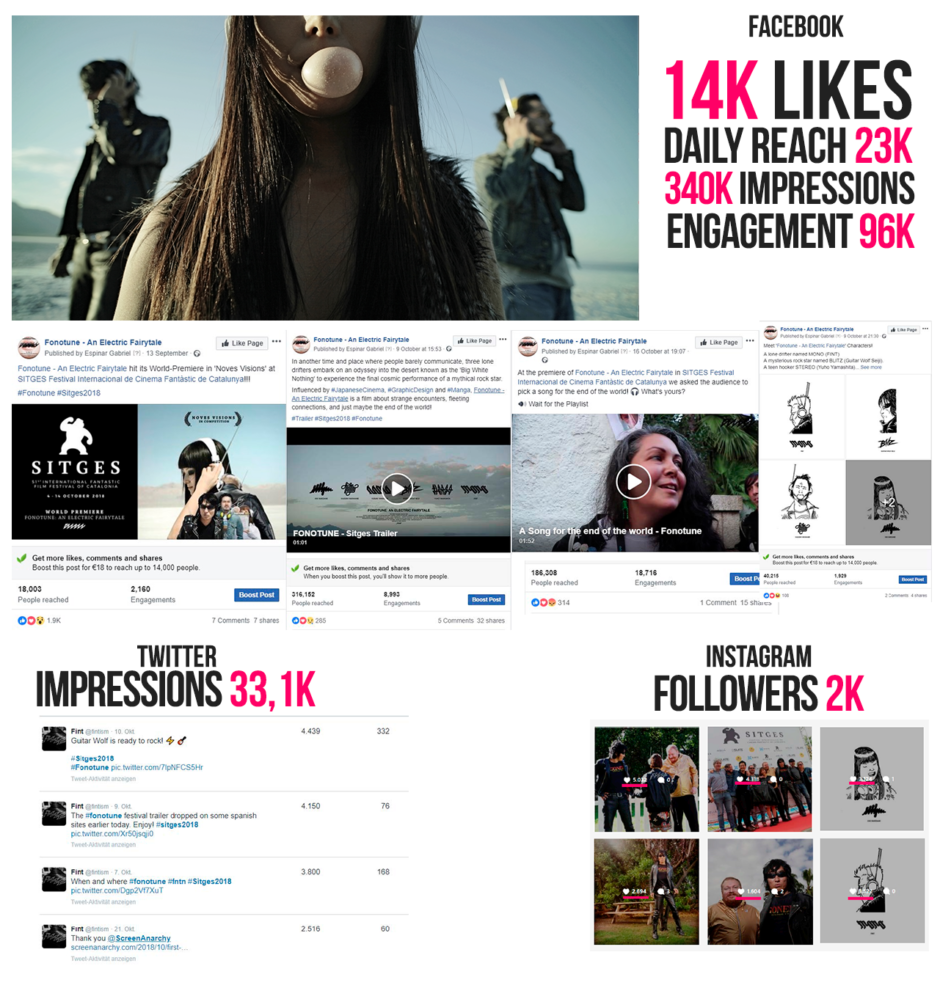