I Lost My Body

French director Jérémy Clapin’s debut feature I Lost My Body has been one of the hits of the 2019 festival season. After premiering in Critics’ Week at Cannes, where it became the first animated film to win the Grand Prix since the section launched in 1962, it took home two trophies at last week’s Annecy International Animation Festival – the Cristal Award for best film, as well as the audience award.

The Film Agency handled the Charades sales international campaign at the 72nd Cannes Film Festival, raising awareness about the film above and beyond the buzz. We carried out an active street marketing promotion initiative, handing out ‘I LOST MY HAND’ posters the night before the premiere, which made waves at the Semaine de la Critique. Along with that, we also launched an alternative action initiative, linking the online and offline buzzing with the delivery of free pizzas. Within 72 hours of the premiere, a Hot-Line-Free-Pizza went live for the free ordering of pizzas via WhatsApp, SMS and Instagram. We created a direct line with B2B audience: by simply texting ‘I AM HUNGRY’ and providing their location near the Palais they received their free pizza within an hour.

If there is something the industry loves more than awards it is Pizza. 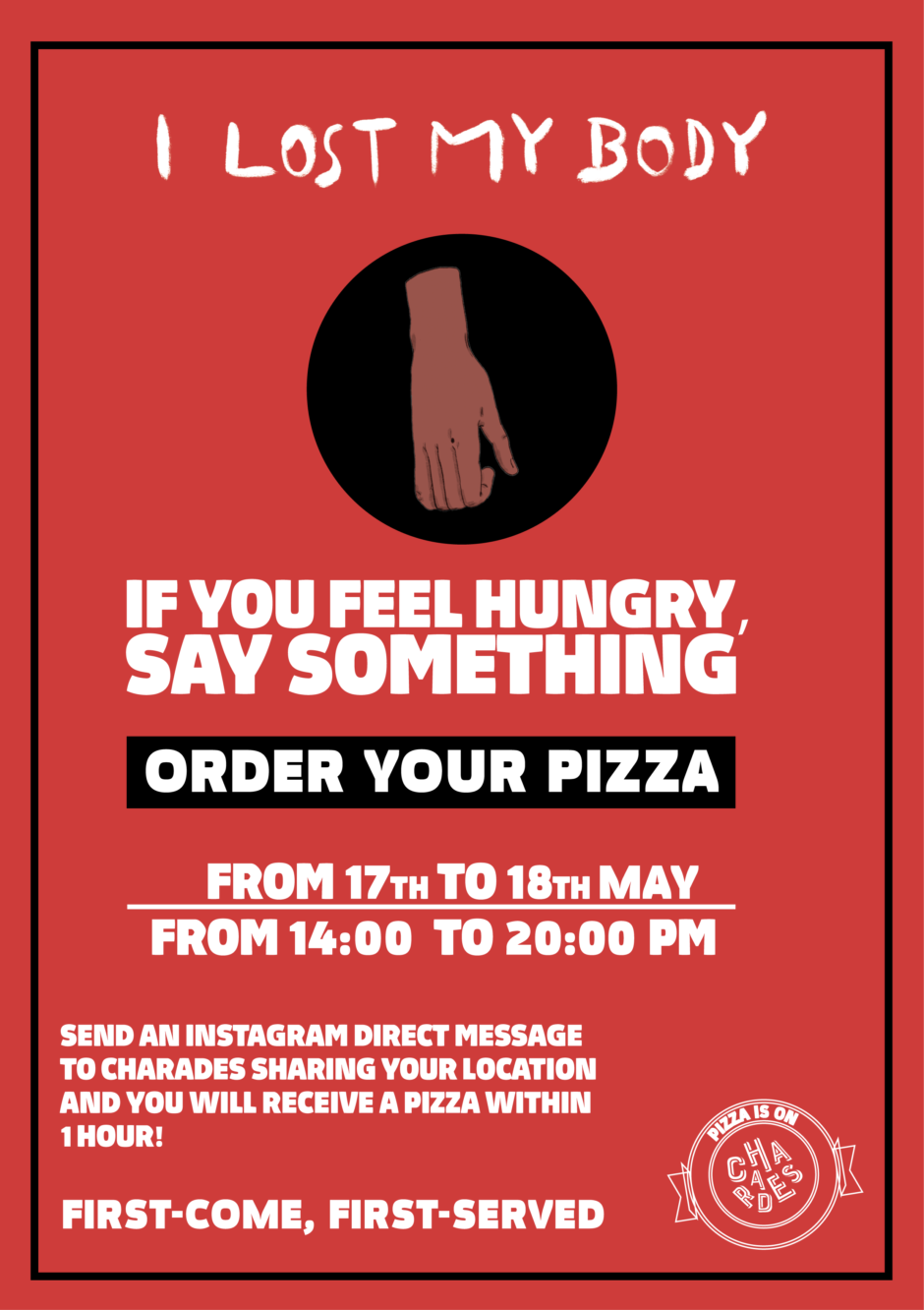