New Europe Film Sales manages world sales for LEAVE NO TRACES by Jan P. Matuszynski. This Polish French coproduction premiered in Official Competition in Venice. Based on true events, the film follows the story of Jurek – the only witness of a violent beating, who overnight became the number one enemy of the state.

We created the official poster of the film together with our colleagues from Barfutura. Finding a balance between its international and local elements, we captured the main emotions of the film in a straight-forward and eye-catchy close-up. 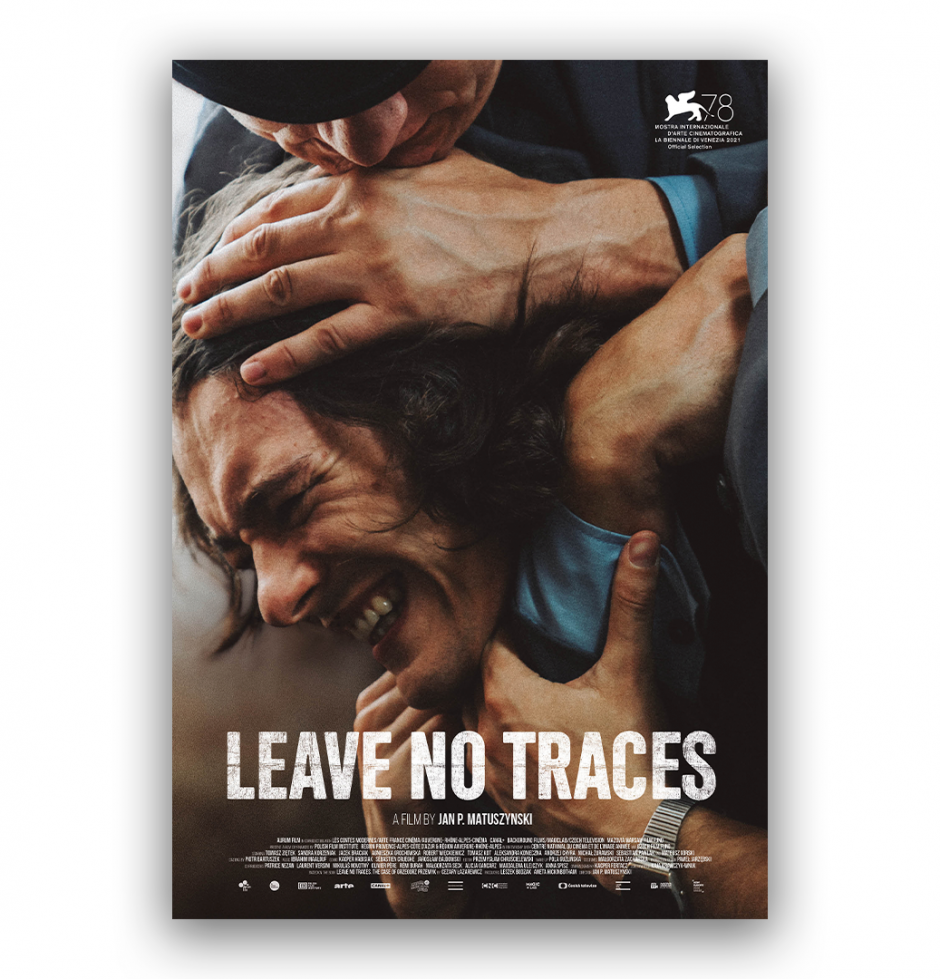