Biennale College – Cinema is an initiative of La Biennale di Venezia to promote new talents in cinema. Since 2012, La Biennale di Venezia has supported the production of 3 micro-budget films per year. For the sixth year, we have leaded the marketing strategy and followed the PMD (producer of marketing and distribution) production of Biennale College films, preparing a marketing kit including international poster, iconographic poster, trailer, postcard and press dossier.

Lessons of Love takes place in the marginal world of a depopulated Italian mountain village that borders on an industrial province. Yuri is thirty years old and has never had a girlfriend. Together with his father, he runs a small farm in the mountains in a village with fewer and fewer inhabitants that he knows all too well, but one that was never really his choice. At the nightclub where he has been going since he was a boy he meets Agata, a stripteaser and he finally sees her as his chance to have a relationship. In an attempt to save himself from a life of solitude, Yuri takes his own decision for the very first time: he leaves his father and family and moves to the suburbs of a nearby city. An uncle offers him a job and the chance to imagine a different life. 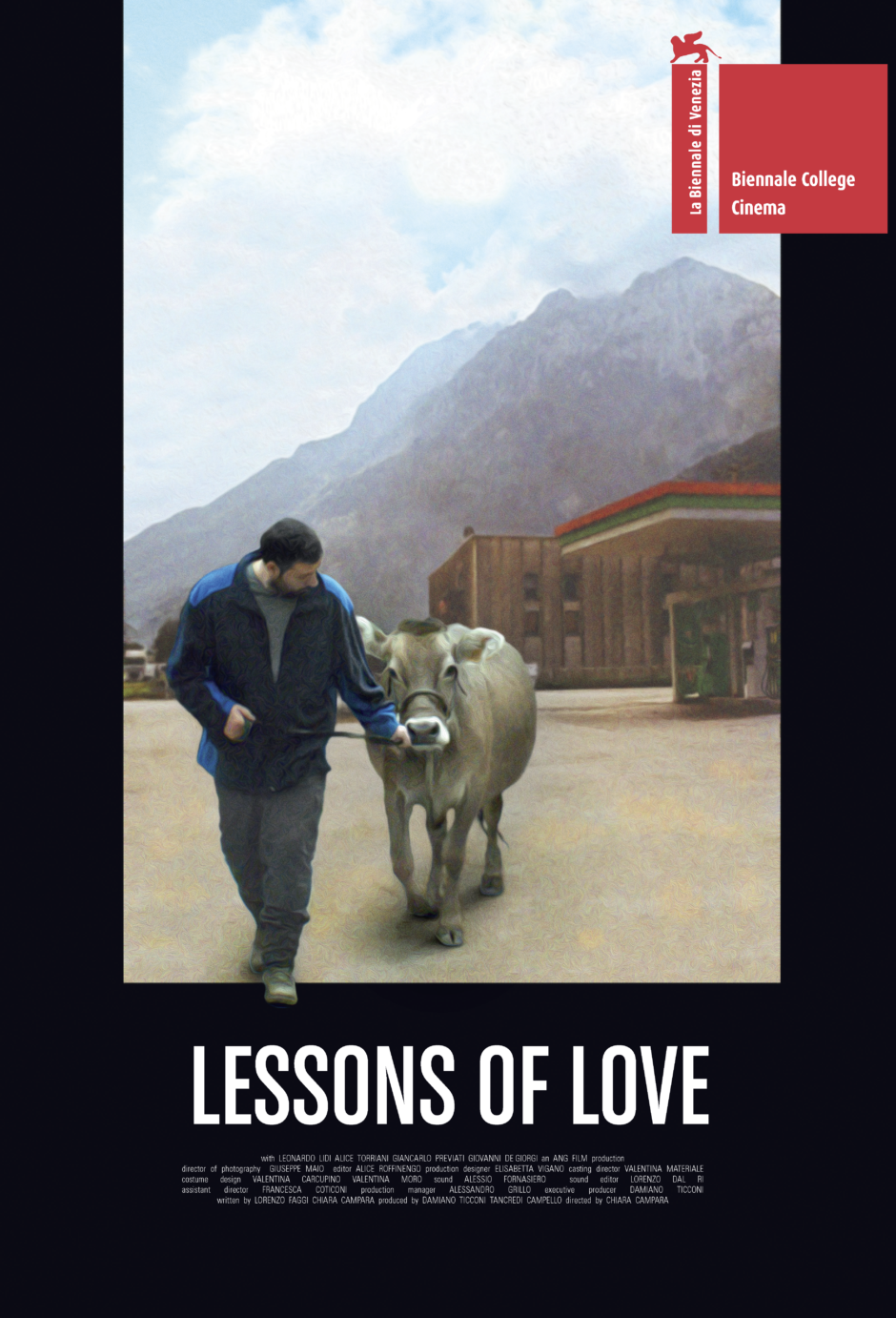 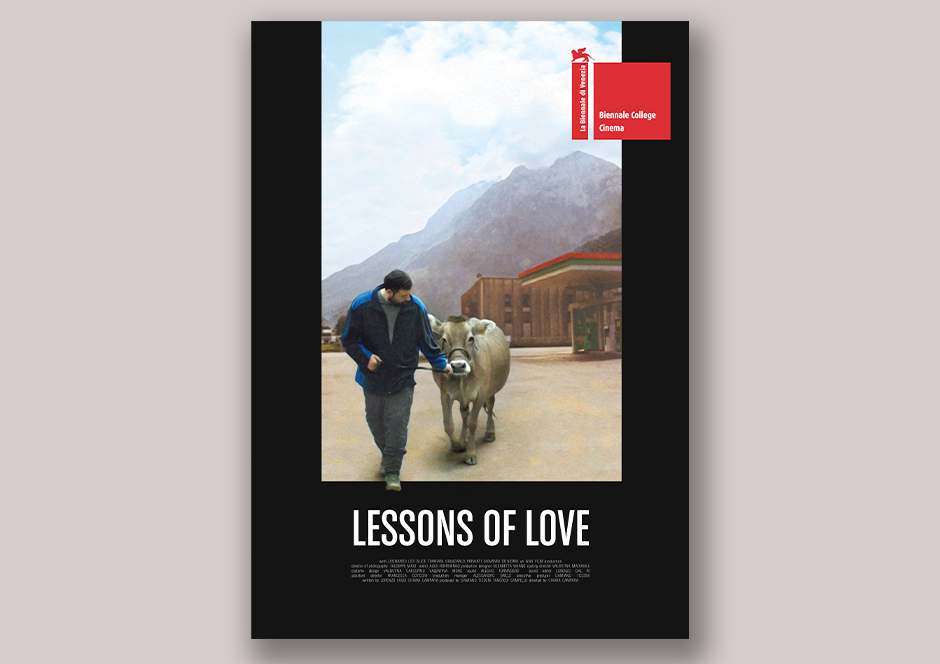 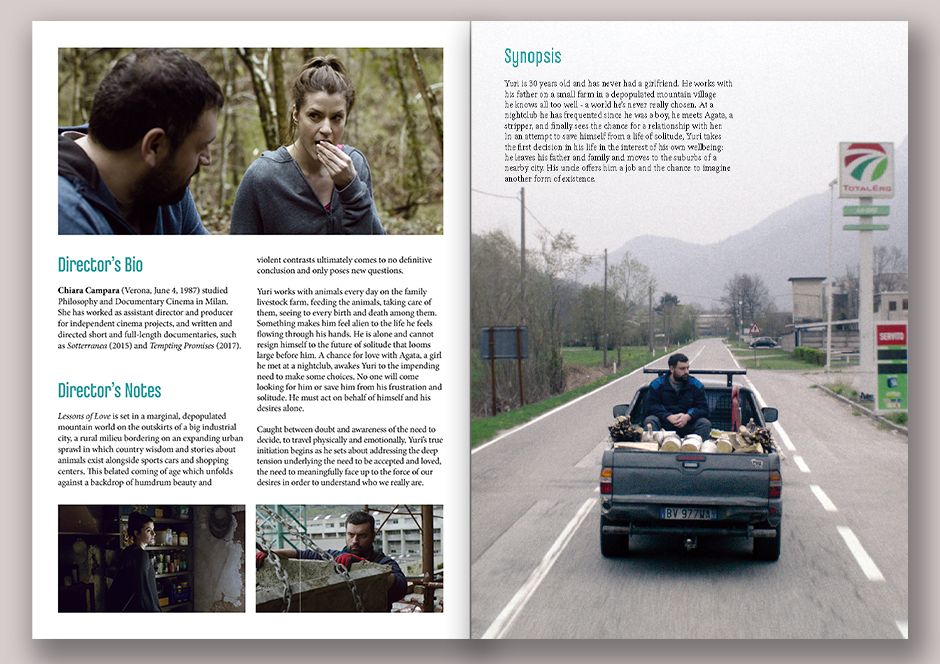 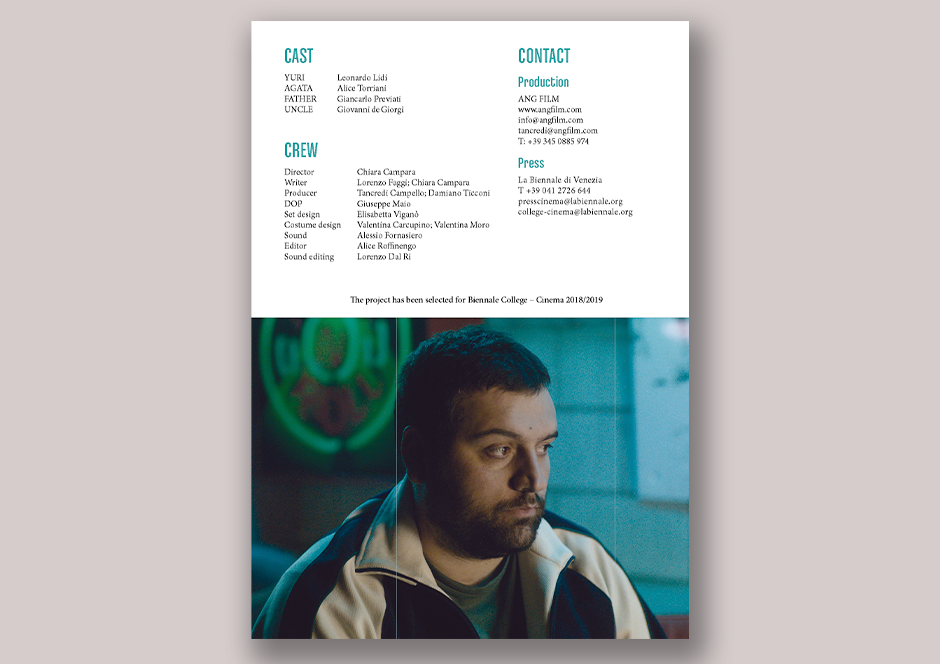 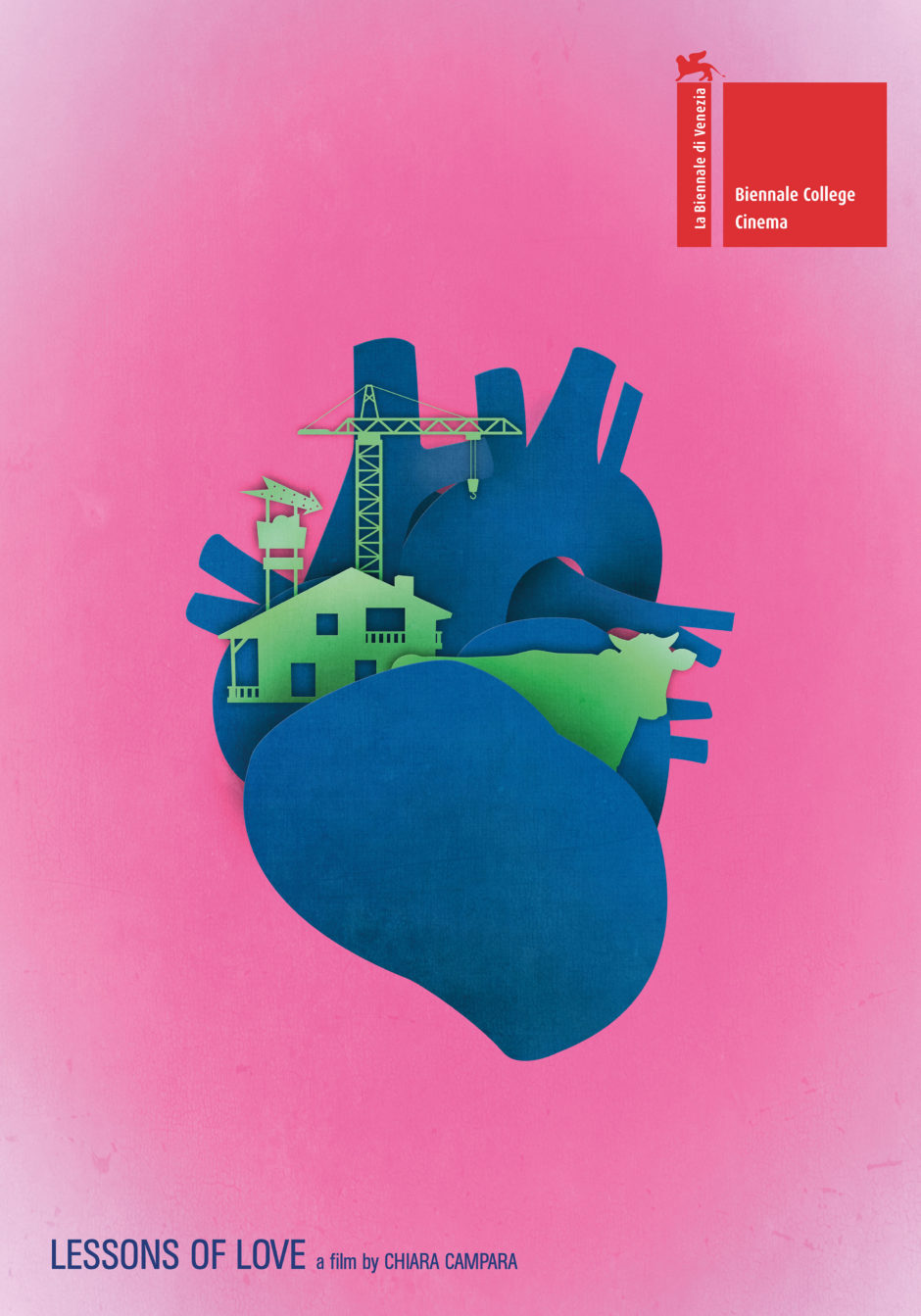