Jonas Widmer, one of the best runners in Switzerland, is focussed on participating in the Olympic Games. Besides sports, Jonas is also a successful cook and plans to move in with his girlfriend, Simone. But Jonas’s perfect life is increasingly disrupted by memories of his late brother. He starts leading a tragic double life, mugging young women at night.

First-timer Baumgartner delivers with icy meticulousness the true story of a serial offender in a penetrating portrait about the birth of a ‘monster’ in an emotionless and highly competitive society.

The Film Agency managed PR and Social Media for Contrast Films from Venice up to their World Premier in San Sebastian Film Festival 2018, as part of the New Directors section.

“A provocative allegory of Switzerland, peeling away the face of upstanding citizenship to reveal a darker reality beneath."

In conversation with Max Hubacher - #66SSIFF 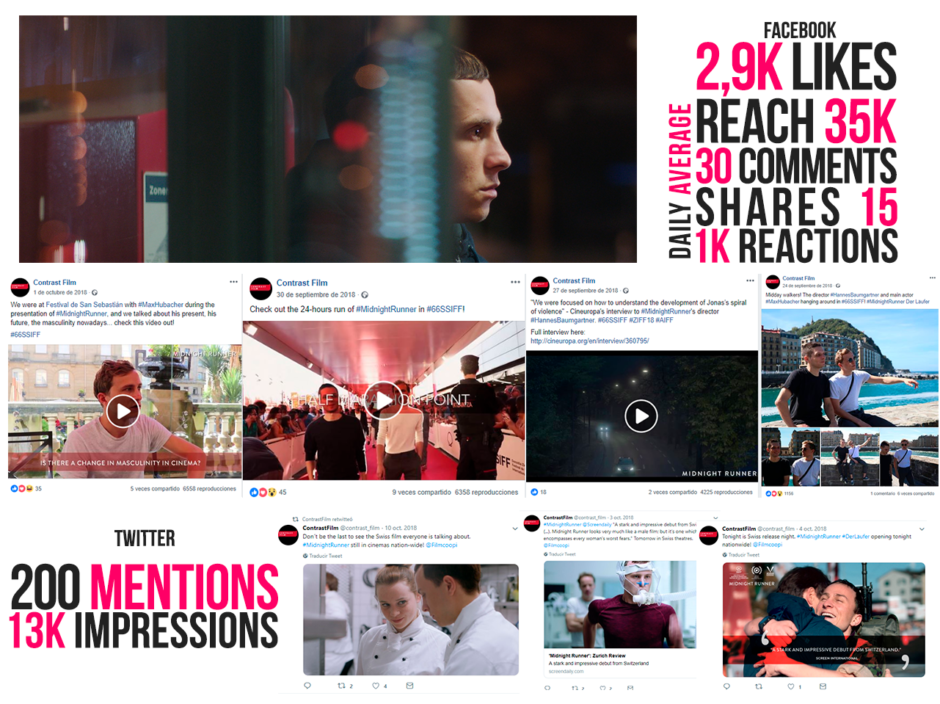