The Film Agency handled the social media strategy of Spanish director Lino Escalera’s debut, from the moment of its international release at the Malaga Film Festival, where the film took four silver Biznagas and a Special Prize of the Jury, until its theatrical release in Spain on May 19.

The film is a production of Madrid-based company, Lolita Films, Mediaevs and Whiteleaf Producciones, while Super 8 holds distribution rights and sales are handled by Inside Content.

With a topflight cast, including veteran actor Juan Diego, and award-winning actresses Lola Dueñas and Nathalie Poza, the film generated very high levels of interest in its social media channels, reaching more than 2.6m people. There was also a high level of engagement and consistent and positive impact in the press through amazing reviews in key local and international media.

A trio of sterling performances and an unwavering eye on emotional authenticity are the hallmarks of Spaniard Lino Escalera's debut. 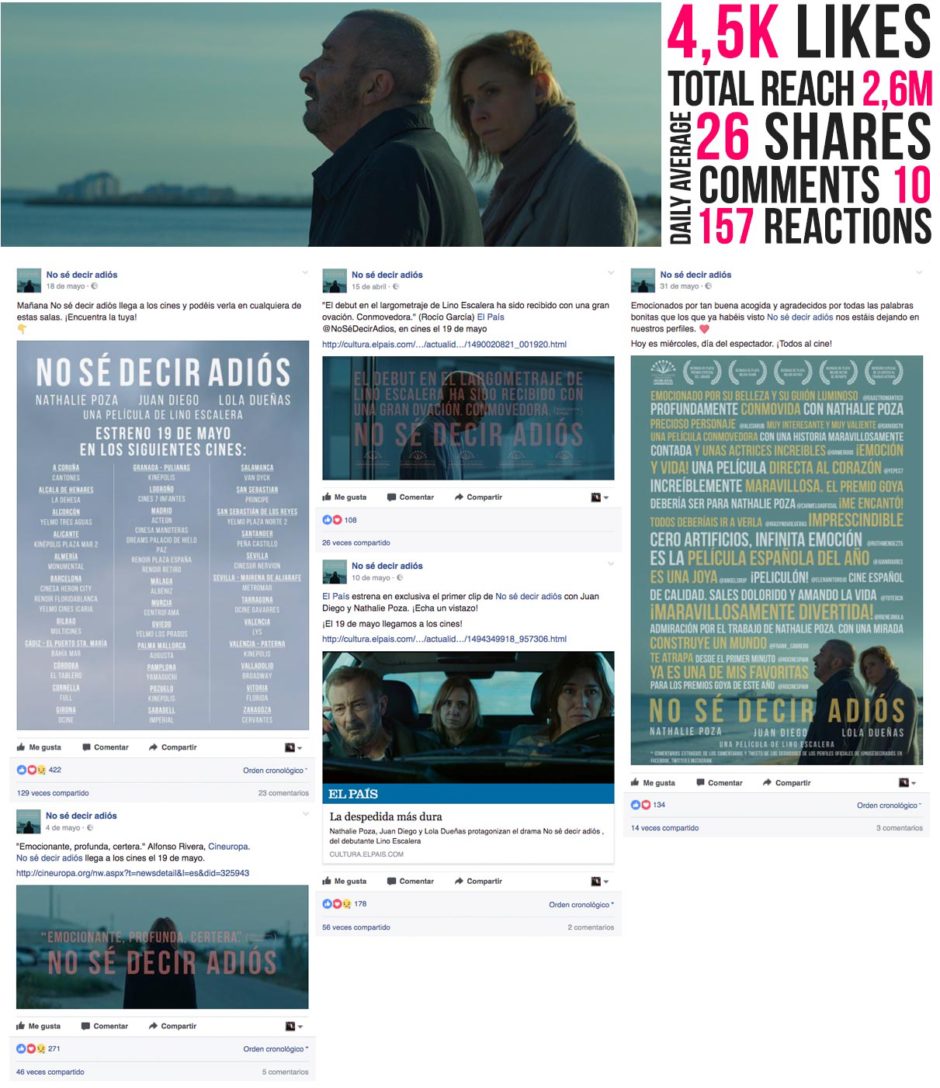