It’s not yet dark

Narrated by Colin Farrell, this is the incredible story of Simon Fitzmaurice, a young Irish filmmaker who, despite being diagnosed with Motor Neuron Disease, goes on to direct an award-winning feature film solely through the use of his eyes.  The documentary is a celebration of Simon’s love of film, for creating art and for telling beautiful human stories whatever the obstacles. His artistic supporter, Colin Farrell, beautifully narrates this life-affirming story, which is based on Simon’s book of the same name, It’s Not Yet Dark.

This award-winning documentary was released in Germany, The United Kingdom and Sweden on Festival-to-Date, a new release pattern powered by The Tide Experiment, which has been implemented for the fifth time this year with the support of Creative Europe – MEDIA Programme of the European Union.  The Film Agency coordinates manages the marketing strategy coordination of transversal and multi-territorial releases of films on Day-and-Date (simultaneous VoD and theatrical releases) and, as of 2015, on Festival-to-Date (simultaneous VoD and festival releases).

“A heartfelt and stirring documentary” 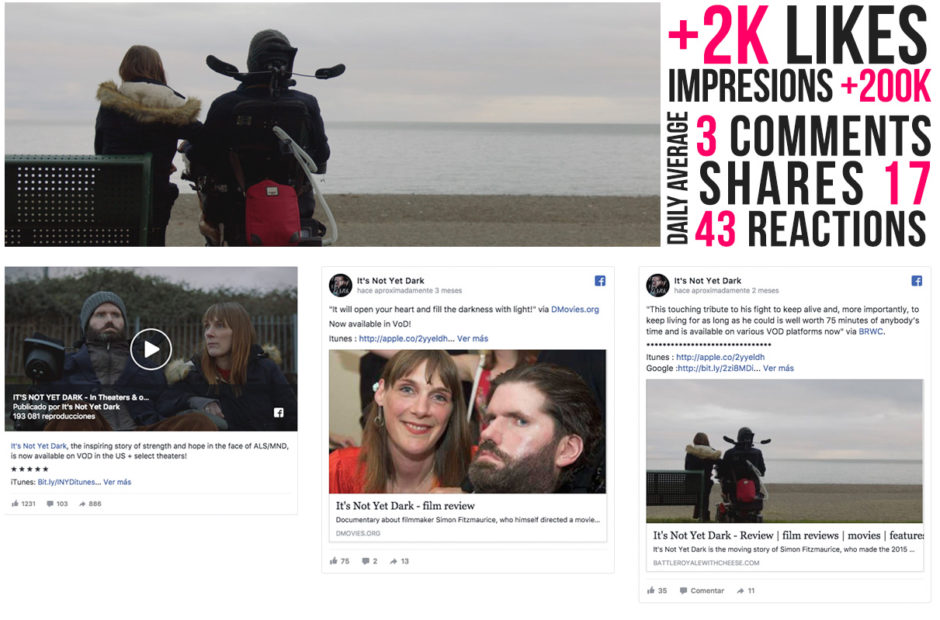 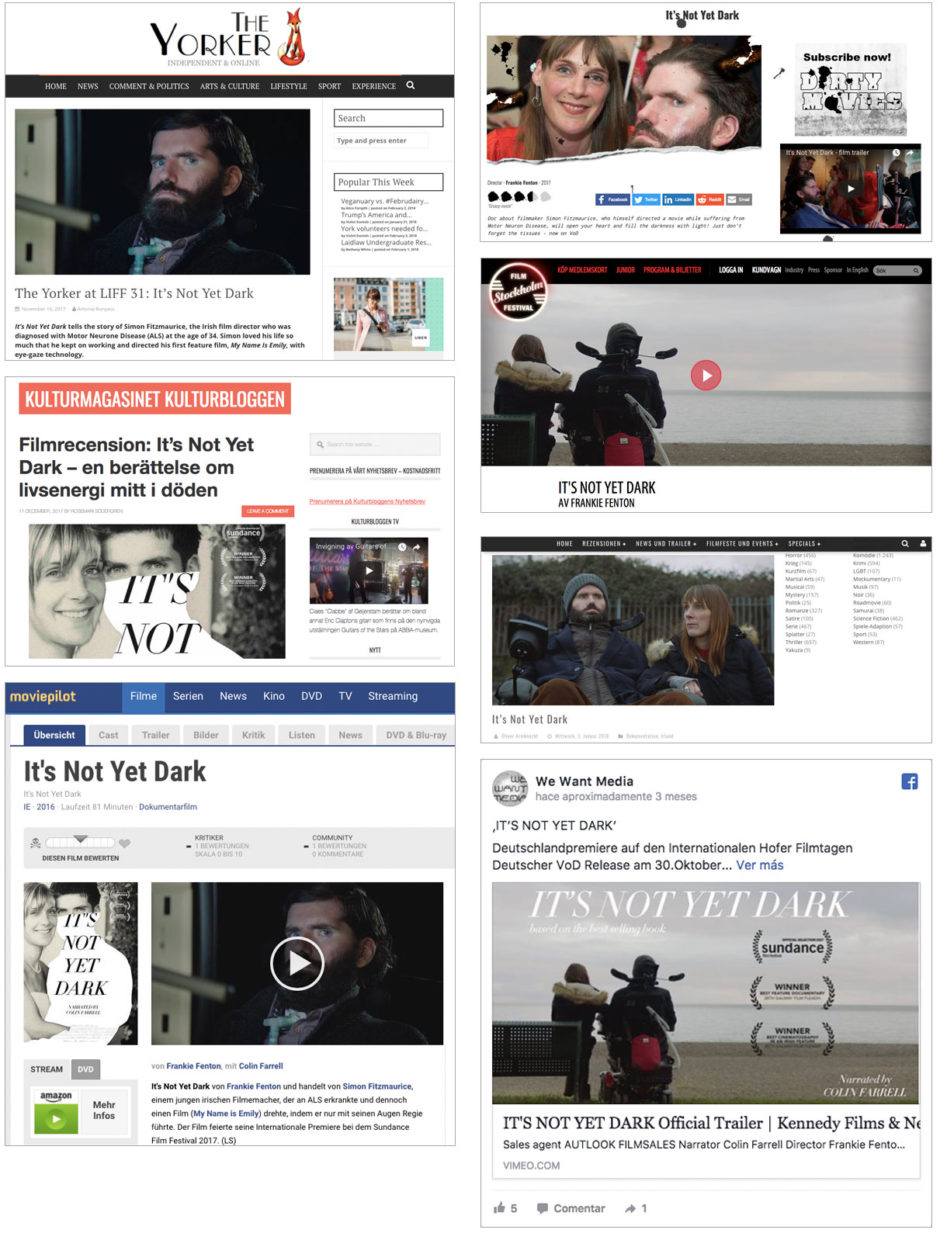