ONE WEEK AND A DAY

Together with New Europe Film Sales and our design studio partner, Binalogue, we have prepared the official film poster of One Week and a Day, by Asaph Polonsky, premiering at the Semaine de la Critique at Cannes Film Festival. One Week and a Day tells a story of a grieving father, who finishes a week of mourning for his late son and is urged by his wife to return to their routine. He instead gets high with a young neighbour and sets out to discover there are still things in life worth living for. The cast of the film includes well-known Israeli actors Shai Avivi and Evgenia Dodina as the married couple and Tomer Kapon as the eccentric neighbor.
Produced by Naomi Levari and Saar Yogev of Black Sheep Film Productions, the film was developed at the Jerusalem Film Lab and EAVE and won the 2015 Haifa FF Work in Progress Award. 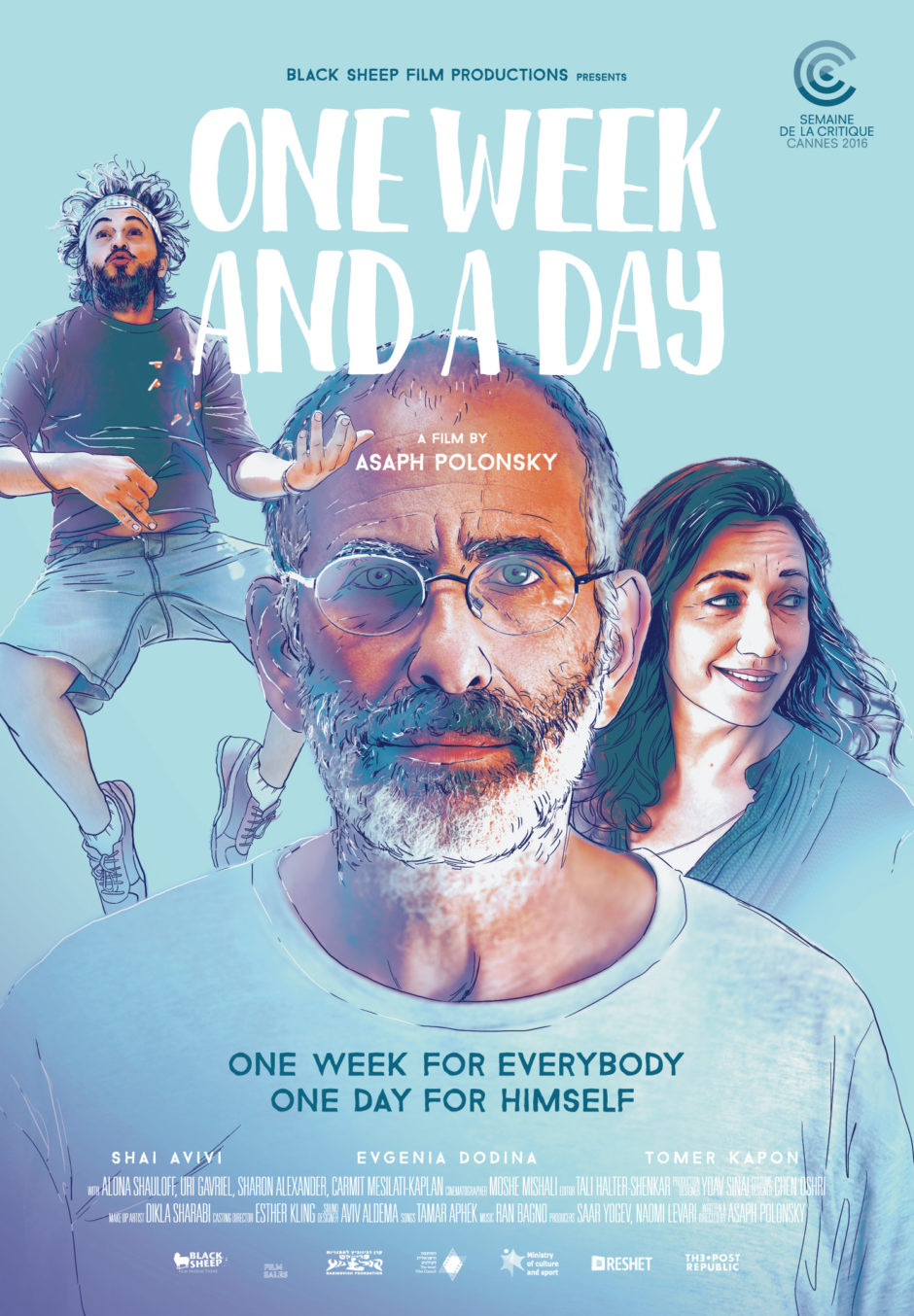