Sorry We Missed You

Ken Loach’s latest film premiered at Cannes 2019 as part of the Official Section, and went on to win Best European Film at San Sebastián’s Perlak.

Hoping that self-employment through the gig economy can solve their financial woes, a hard-up UK delivery driver and his wife struggling to raise a family end up trapped in the vicious circle of this modern-day form of labour exploitation.

Working with Golem Distribución, The Film Agency managed social media from San Sebastian to release, created premium content, designed alternative actions and a grassroots campaign for the film. During La Fiesta del Cine, we set-up the ‘manifesto tent’ where people could brainstorm, offer suggestions and vote for the best ideas to improve their work-life balance. Several related associations read the manifesto in an event and were involved in talks and ideas for change.

Manifiesto tent - Sorry We Missed You

Reasons to watch Sorry We Missed You 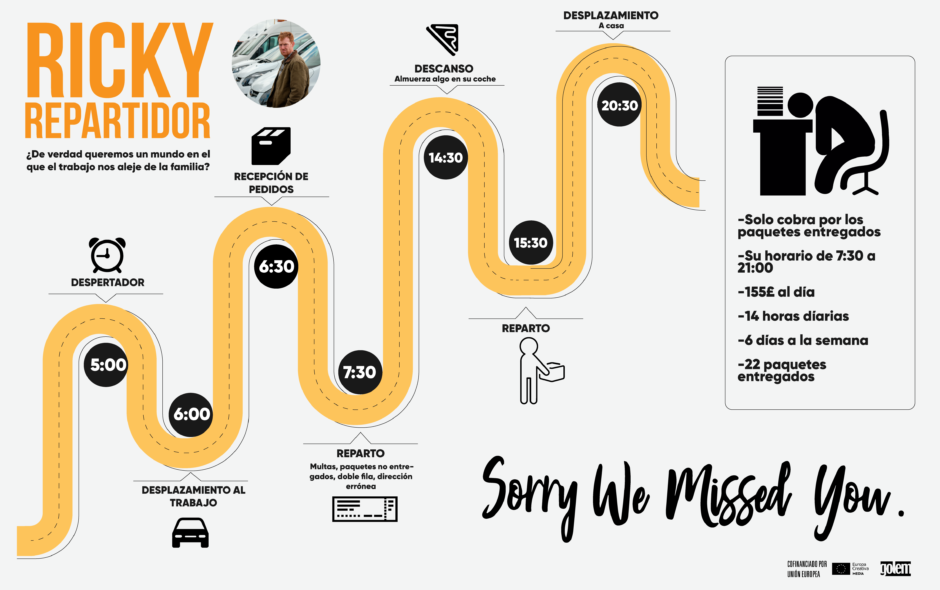