Directed by Grímur Hákonarson (Rams), The County premiered at TIFF 2019 as part of the Contemporary World Cinema section. A widowed farmer begins a new life on her own terms by fighting against corruption and injustice in her community.

The Film Agency directed the International Film Artwork for New Europe Film Sales and Icelandic Adaptation for the local premiere of the film. We also created an asset locker with promotional materials such as gifts, cinemagraphs and quotes for New Europe to share with local distributors. 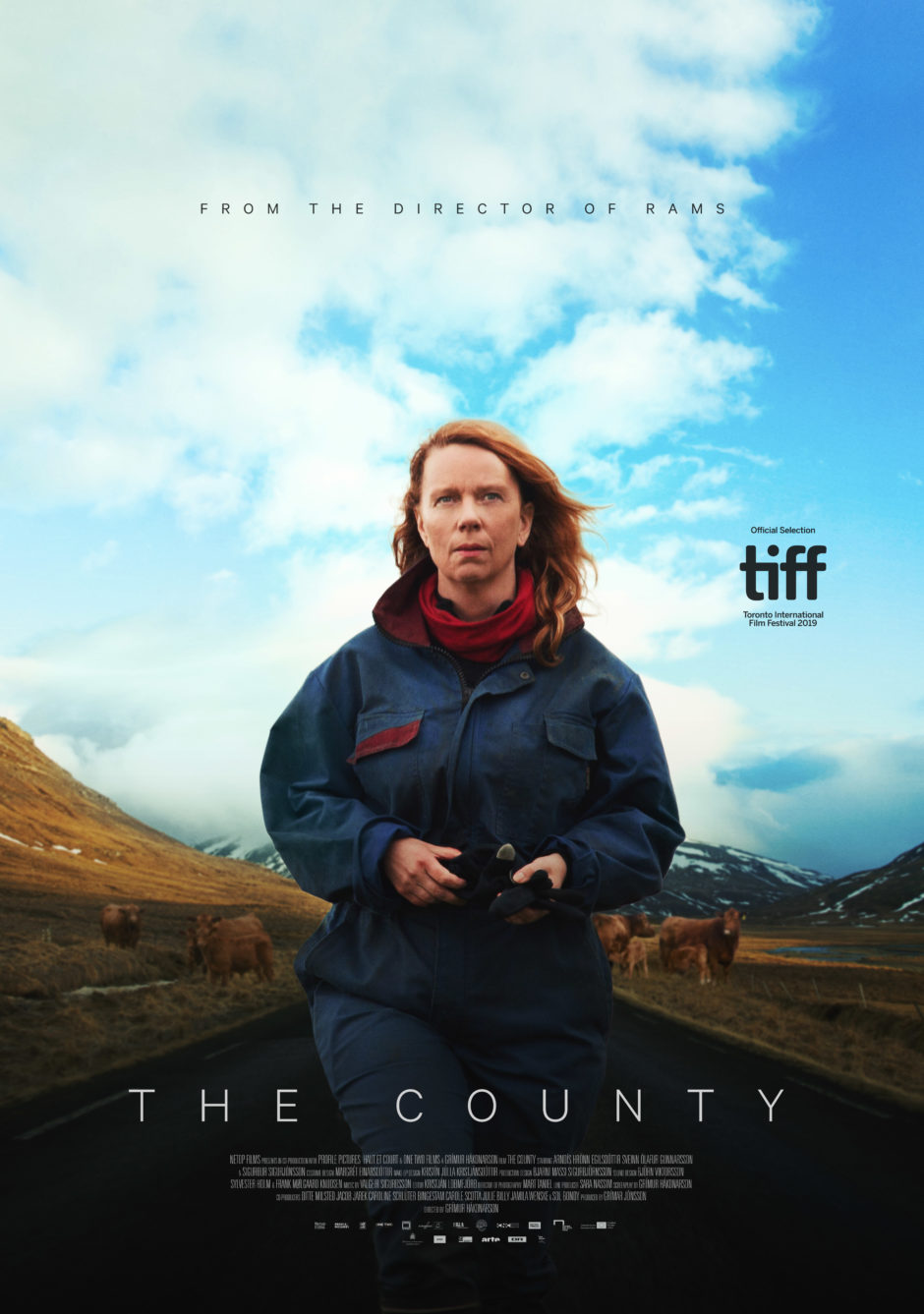