Two retired women, Nina and Madeleine, have been secretly in love for decades. Everybody, including Madeleine’s family, thinks they are simply neighbors, sharing the top floor of their building. They come and go between their two apartments, enjoying the affection and pleasures of daily life together, until an unforeseen event turns their relationship upside down and leads Madeleine’s daughter to gradually unravel the truth about them.

Two of Us is part of The Film Agency’s Social Media and Digital Marketing deal with Spanish distributor Karma Films for which we are handling the digital strategy and asset locker of every new release. With Two of Us, we also worked in a grassroots campaign in order to reach the film’s target and spread the word within and beyond it through influencers and specialized media. Also, along with 26 de diciembre Foundation and Institut Français Espagne, we held two screenings of the film in Madrid and Barcelona followed by a debate where speakers actress Itziar Castro, director Zaida Carmona and activists Federico Armenteros and Mili Hernández were invited to share their opinions and knowledge on the situation of the elders of the LGBT+ community and how the film represents their invisible truth. These events were moderated by journalist and podcaster Enrique Aparicio and singer and activist Rocío Saiz.

Selected as the French entry for the Best International Feature Film at the 93rd Academy Awards after premiering in Toronto International Film Festival in 2019, Two of Us marks the directorial debut of Italian filmmaker Filippo Meneghetti. It was released in Spanish cinemas by Karma in February 2021. 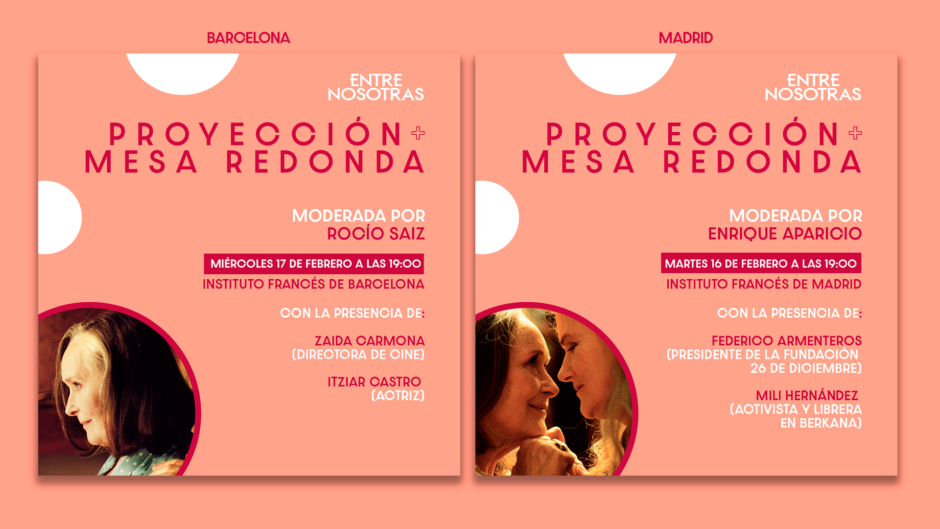 Mistery Box with the Director