What do we see when we look at the sky?

It’s love at first sight when Lisa and Giorgi meet by chance on a street in the Georgian city of Kutaisi. Love strikes them so suddenly, they even forget to ask each other’s names. Before continuing on their way, they agree to meet the next day. Little do they know that an evil eye casts its spell on them. Will they manage to meet again? And if they do, will they know who they are? Life goes on as usual in their hometown, street dogs stray, the soccer world cup begins and a film crew on its quest to find true love might be what they need.

Part of Berlinale 2021 Competition, and handled by Cercamon World Sales, this debut film by Alexandre Koberidze has obtained the FIPRESCI Award. The Film Agency has accompanied Cercamon building the digital strategy and asset locker for the premiere and boosting social media channels during this period. 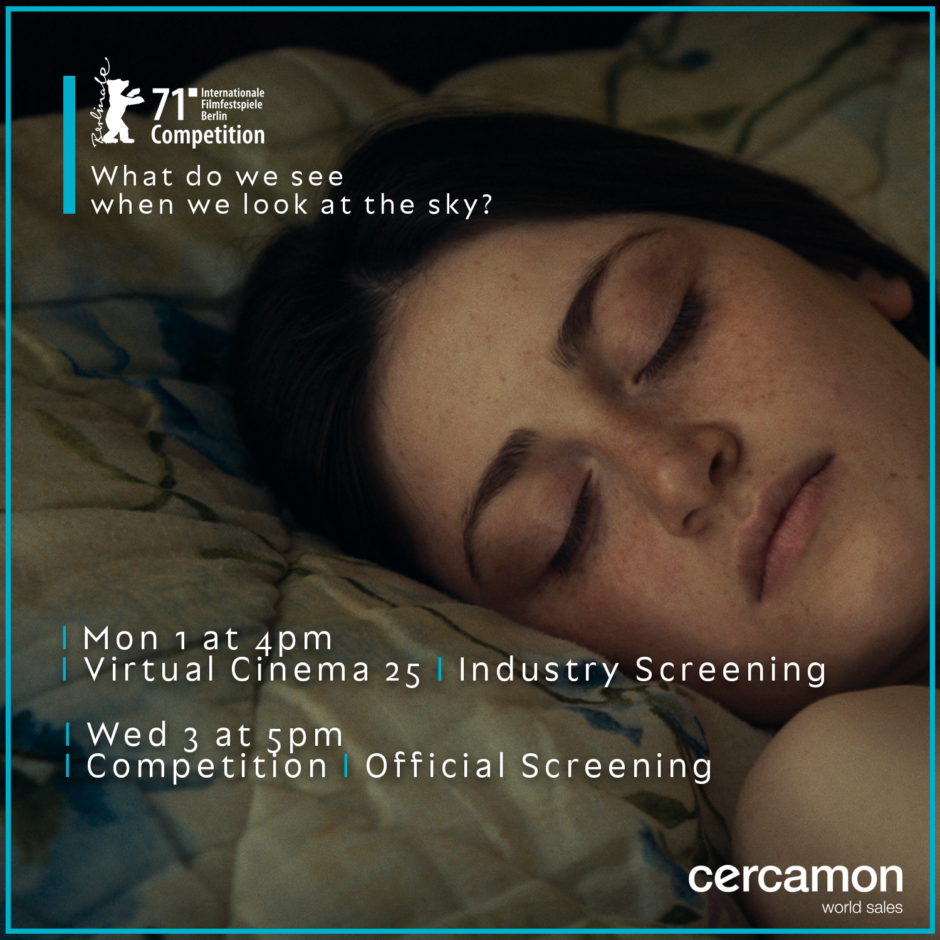