Wolf and Sheep released on a FESTIVAL-TO-DATE pattern though The Tide Experiment. This Cannes-Directors-Fortnight-premiered film by female director Shahrbanoo Sadat, hit UK, Greek and Latvian audiences at Top-notch Festivals and in parallel was available on VOD. This release pattern was powered by the Festival-To-Date Stream of The Tide Experiment coordinated by a set of leading European companies: Under The Milky Way, The Festival Agency and The Film Agency. The film is represented internationally by Alpha Violet and produced by Adomeit Film.

Wolf and Sheep portrays Afghan society, rural communities and beliefs, traditions and stories all through the eyes of shepherd children.  The film centres on the belief of a Kashmir Wolf, a female monster who walks on two legs, and is, in fact, a tall, green fairy, who takes the cruel with her up to the mountain. 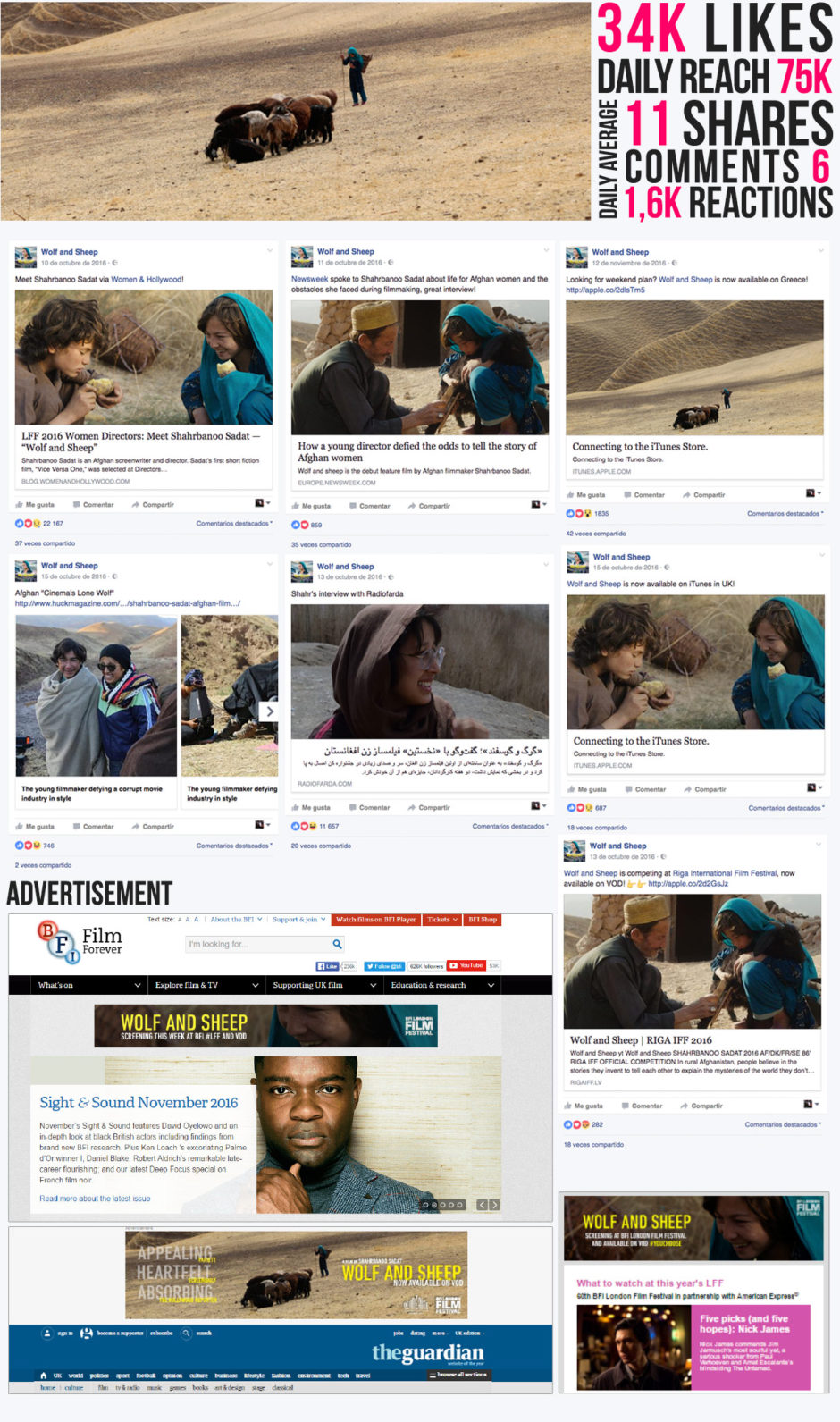